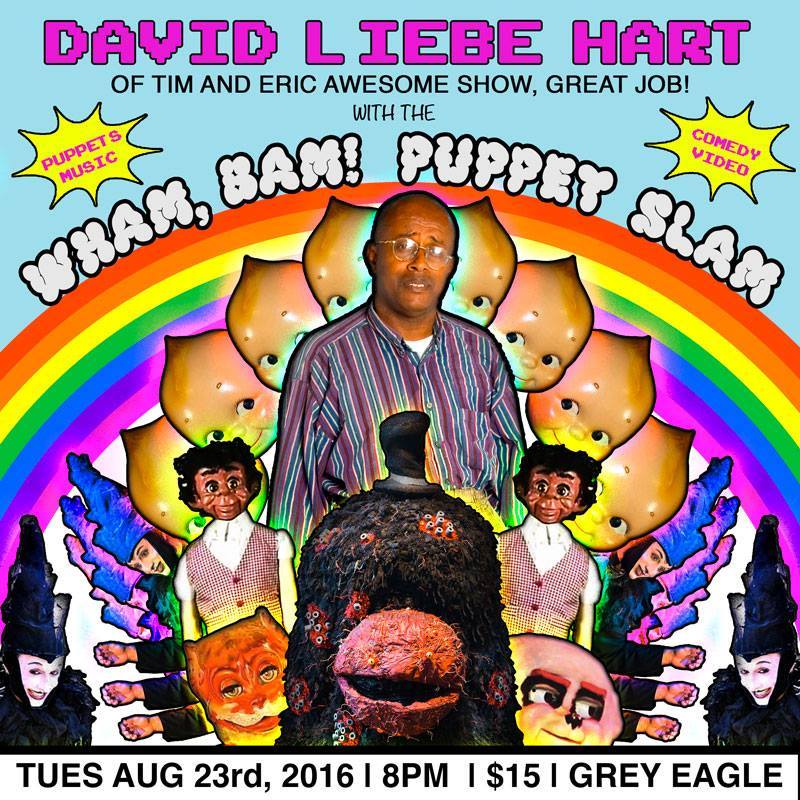 Starting on Thursday, 8/18, puppet frenzy descends on Asheville in the shape of a variety of bizarre, hilarious, and zany acts that include a performance of Billy the Liar, a family show titled "Circus Fanta-Sea," and special guest David Liebe Hart of The Tim and Eric Awesome Show, Great Job!  The festival culminates in Liebe Hart and the Wham, Bam! Puppet Slam at the Grey Eagle on Tuesday, 8/23.

Thursday's performance of Billy the Liar happens at Trade and Lore Coffee from 8:00-9:15 pm. Organizer and master puppeteer Keith Shubert is also the creator of this award-winning, all-ages performance. The show has received accolades that include Best Performance and Fan Favorite at the 2013 National Puppetry Festival and a 2014 UNIMA Citation for Excellence in the Art of Puppetry (the most prestigious award given in puppetry).

The show follows Billy, whose increasingly bombastic lies get him in more and more trouble as he maneuvers through a world filled with "Czech-style marionettes, rod puppets, over-sized toy theatre, found objects and live physical comedy." The show features original songs by Valerie Meiss of Tiny Wonder. Admission for adults is $10, children get in for $5. And there really is something for everyone: according to Shubert, it "could play for a kindergarten class or a late night cabaret." 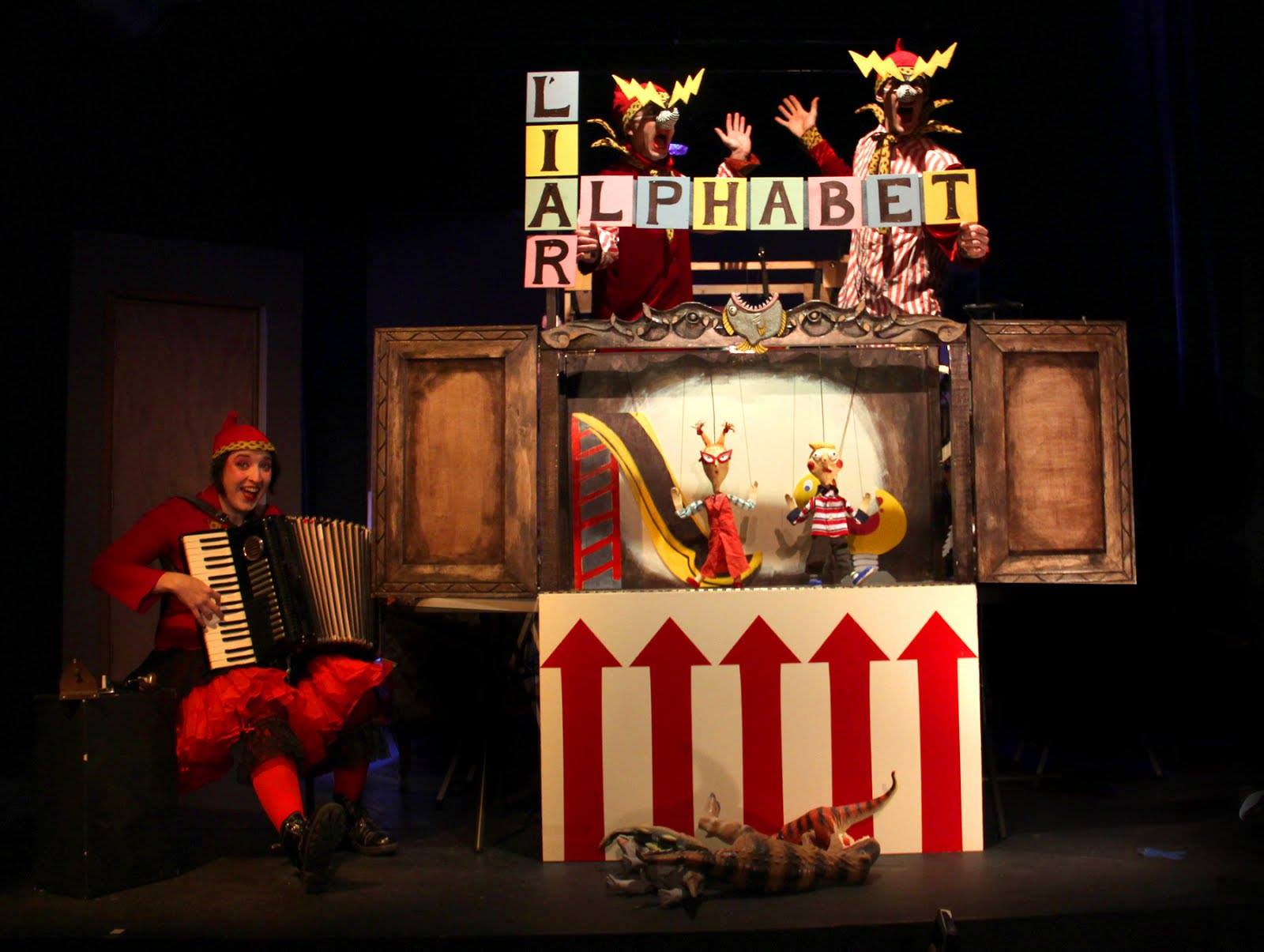 More puppetry fun and mayhem will take place during the week's worth of events. A Sunday performance at Toy Boat is geared towards children and families. Titled "Circus Fanta-Sea," it features Atlanta's That Puppet Guy (Lee Bryan). The show starts at 2 pm.

The closing show, which features Liebe Hart and the Wham! Bam! Puppet Slam, finishes the weeklong mini-festival with a bang. Liebe Hart's "multimedia spectacular" is appropriate for all ages and includes puppets, video, and music from Th' Mole.  Tickets are still available, but they're going fast. If you're not familiar with Liebe Hart's work in his live acts or on The Tim and Eric Awesome Show, be prepared for a unique breed of the delightfully bizarre.

The Wham, Bam! Puppet Slam is "an evening of short puppet shows for mature audiences" that will feature local talent like Jim Julien and Valerie Meiss as well as special guests from Atlanta, Chicago, and Orlando (full line-up on the Facebook event page). The full night of performances is $12 in advance, $15 at the door. The show starts at 8 pm.