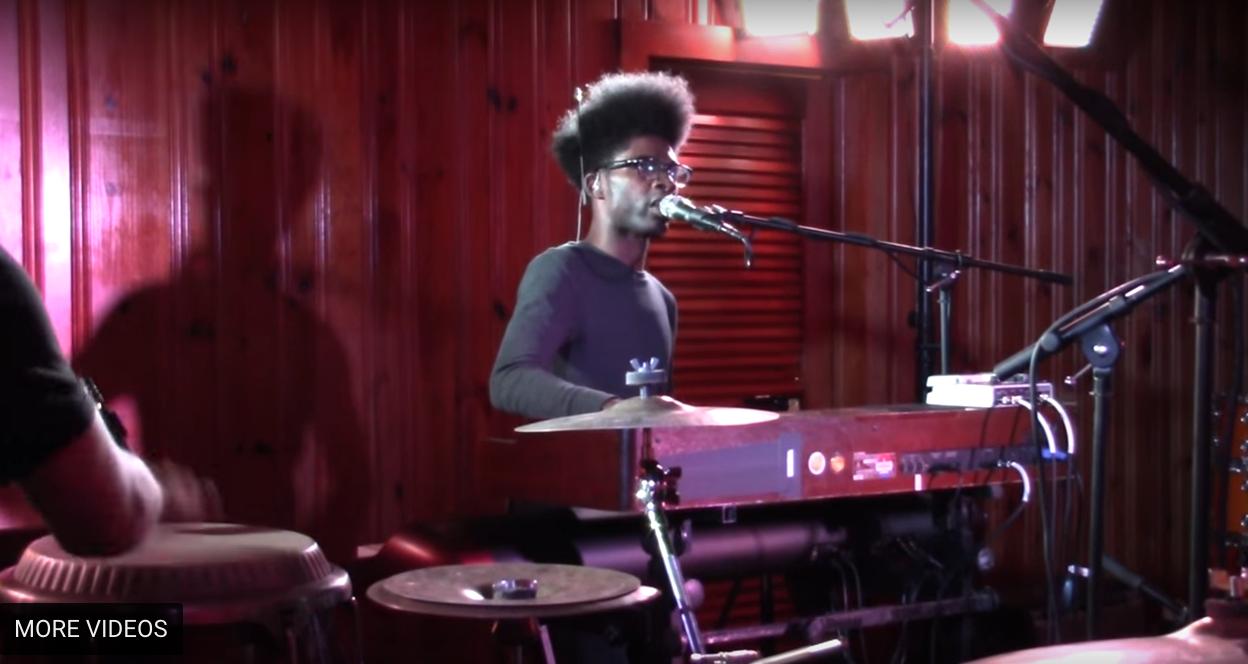 Not all towns are created equal. Take a quick hour-long jaunt up I-26 to Johnson City if you want to see what I mean. A similarly sized city to Asheville, a college town - but no legitimate music scene to speak of. Lucky for us we don’t live in Johnson City, so, as we prepare for another weekend of amazing local music, it’s time to have a discussion about the embarrassment of riches we enjoy here in Asheville.

Take for instance what's going down at The Grey Eagle on Friday night. Legendary venue, affordable ticket, and oh yeah, the kind of collaborative line-up you don’t see anywhere else. The band (or perhaps the loose form of a band) is called JBOT and consists of a rotating cast of local bad-asses based on their touring availability.

With set-lists ranging from classic funk standards, to southern rock, to Blake’s original tunes this is the kind of show you put on your most comfortable dancing shoes for and drink plenty of water.

“All of the songs I have been getting up on (while practicing for this gig) are pretty funky. It’s definitely going to be a dance-your-ass-off kind of thing,” Armitage tells me. “Also (Blake’s) music selection is outstanding as far as being a lot of instrumental, a lot of great soloing, and having the ability to let these great musicians shine.”

On top of that, the opportunity to see Marcus King at a venue like The Grey Eagle is probably short-lived at best. Armitage explains:

“He is being passed the torch by the hand of The Allman Brothers. He is the next generation at the highest level. Marcus is going to be a huge star, and to even be able to go play the Grey Eagle with him, that is a luxury that we are really lucky to have. The bigger he gets the less often that type of shit is going to happen.”

And that is the God's honest truth. It’s only a matter of time before we are coughing up 50 bucks a ticket and 10 bucks a beer to see him at the US Cellular Center. This is a chance to see him in his element, on a short stage, in a heady venue.

Furthermore, as with any Josh Blake project, your guess is as good as mine as to who else will show up and make their way on to the stage at some point. Alex Bradley seems like a pretty solid bet. You also can’t rule out Derrick Johnson or Dean Mitchell swinging through.

It’s the kind of show that defines Asheville's music scene: local, collaborative and featuring some of the best musicians in the country this is one to look forward to.

If you are looking for something a little bit weirder, a little bit more mind-stretching, then Friday would be a good chance to check out the newly renovated Revolve art space at Ramp South Studios.

Located down on Riverside Drive Revolve is home to a gallery, a studio and a performing art space and will be hosting Winter’s Battle, an intellectual variety show featuring music, cabaret, poetry, and comedy.

Featuring Aaron Price, Mildred Barca, Kevin Evans, Justin Evans, Caleb Beissert, and the Asheville Poetry Cabaret this event should be equal parts sexy, funny, and powerfully meaningful. Stated as an opportunity to join forces in the battle against ignorance and apathy Revolve, and Winter’s Battle in particular hope to effect change through creative endeavors.

If you are looking for a little pick-me-up with a side of world-class songwriting early Friday, Summit Coffee down in the River Arts District will be hosting Jane Kramer and Ben Phan. Known as two of the best song crafters in these Carolina mountains, their songs become even more beautiful as duets.

Kick back with some espresso, take in some lovely tunes, and get yourself situated to head a couple of blocks west or east for JBOT or Winter’s Battle.

On Saturday, the place to be is over at Isis Music Hall for the Empire Strikes Brass Mardi Gras celebration. Buskers at heart (and sometimes in real life), this is one of the funkiest bands in Asheville. With a solid catalog of original music and a knack for choosing the perfect covers, their sets never get old. The safe bet is that this one spills out into the streets before it’s all said and done. You know you wanna be there for that.

With a bit of a cult following in and around Asheville in tow, this progressive rock band will offer a late set at The One Stop on Saturday. This free show, featuring well-crafted music that keeps you on your toes, is a great way to end the evening. With Mojo serving locally sourced, delicious food until 2 a.m., there's no better place to keep the revelry going.