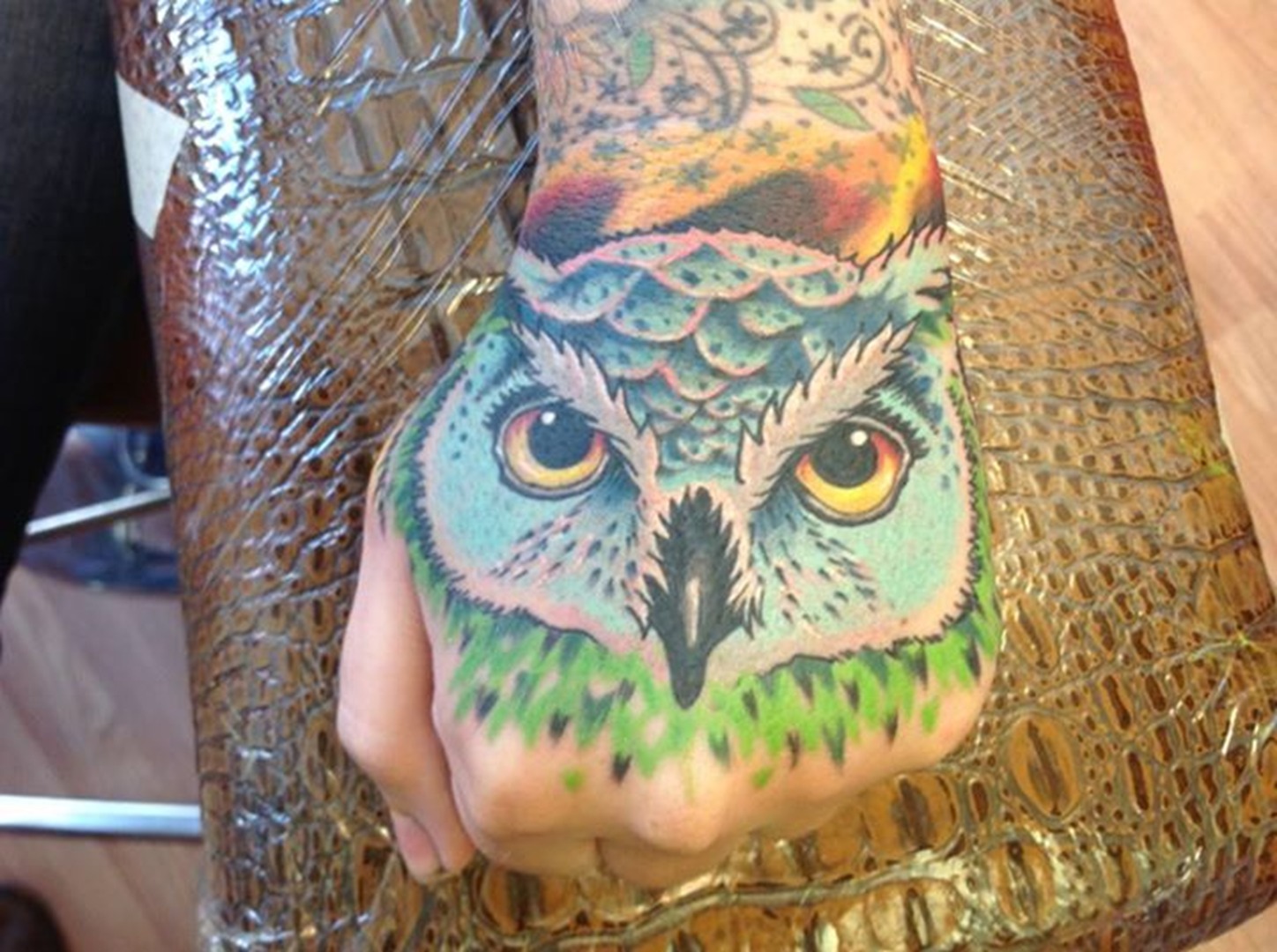 Don’t be thrown off by the barber chair and shelving of hair-care products when you first walk in. Yes, Studio Chavarria moved just around the corner and Red Rabbit studio owner Chris Chavers isn’t a moustache groomer. But, he does share the former Studio Chavarria space with his wife Daisy Chavers, a hairdresser and owner of salon Love Daisy. Turn left and you’re met with shelves of art books, a few scattered tribal art pieces and a wall adorned neatly with a random collection of art—no incense or heavy metal, no strong odor of rubbing alcohol and cigarettes, no flash on the walls and only one or two skull art pieces to be found.

That’s exactly what Panama City native Chavers hoped to achieve in the second incarnation of Red Rabbit Tattoo. Him and his wife of seventeen years made their voyage to Asheville two and a half years ago and after working in a local shop, decided it was time to re-open his Florida studio and try round two, Asheville-style.

“We just love working together and have been married 17 years so we work really well together,” said Chavers on the split-studio space between Red Rabbit Tattoo and Love Daisy. “And we share a lot of the same clients so it makes sense.”

When asked how he got his start, he laughs and answers with a breathy “Panama City Florida, spring break capital of the world”. He learned like many, in old school biker shops inking Tasmanian devils and dolphins on college kids eager to memorialize their epic experience. He then left the fast and furious world of tattoo to try his hand as a fine artist, working in mixed media and focusing his attention on gallery showings and exhibits.

“The art world is very different,” he said. “It’s more of a schmoozy, BS, impersonal thing. It’s like, ‘oooh, I like the name of that painting’ and that really got old. I made a lot of money but it wasn’t where my heart was in the end. I also got cancer 9 years ago and that definitely makes you reevaluate what you want out of life and what you enjoy doing.”

His thoughts on tattoo clients and culture are very different. He doesn’t cite it as “schmoozy” or full of “BS” but touts today’s client as being well informed and the industry as being straightforward.

“It really blows my mind. People come in and know they difference between American traditional and traditional Japanese, and watercolor from pointillism. Everyone knows,” he said with a satisfied smile. “Everyone also walks in and knows exactly what they want or are coming to a specific artist and already like their style. That’s why you see no flash on the walls,” Chavers said, motioning to the neatly placed collection of world art adorning his station. “

The only pet peeve on the industry and culture he cites are the “black t-shirt wearing, too-cool-for-you tattooists”. In his Hawaiian button-down with hair combed neatly back, he laughs reminiscing on 90's tattoo shops and the bikers that he learned the trade alongside. “I’m very anti-that. I’m not too cool for anyone.”

He cites nature as one of his main sources of inspiration for his art, having grown up on a farm where his family grew vegetables and raised livestock. That gave him ample opportunity to wander and explore and take in the intricate designs and patterns found outdoors.

“I grew up looking at stripes on animals, and dots and feathers, and was always wondering why humans weren’t decorated like every other creature in the world,” he said. “So from an early age I started thinking about those things and designing myself.”

He shares the space at 84 Walnut Street with two additional artists, Dom Flood and Bianca Sky. Take a look at the online portfolio here. They’re offering two days of Halloween flash tattoo for $31 this Friday, October 30th and Saturday, October 31st, 2015 from 11am-6pm.