Asheville City Soccer Club Will Bring Competition, Talent to the 828

Asheville City Soccer Club Will Bring Competition, Talent to the 828 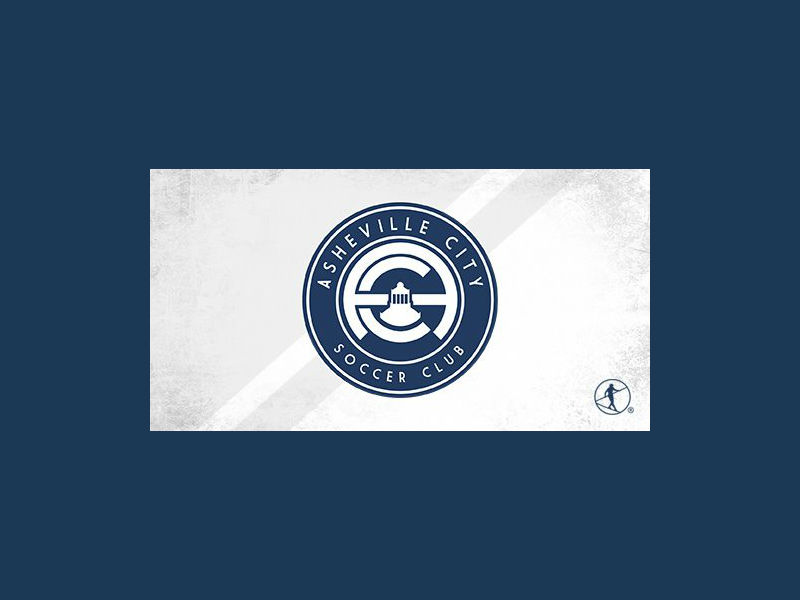 It's a little bit unbelievable, but until now, Asheville has not had a league soccer team. Despite renowned area youth teams, a lively adult soccer community, and the many fans that head out to watch games at their favorite watering holes during the season, it was only last year that Ryan Kelley, now the president of the Asheville City Soccer Club, and a few dedicated friends decided to make a dream into a reality. The Asheville City Soccer Club celebrates their upcoming first season this Thursday, March 30, at the Hi-Wire Brewing Big Top.

"Beer and soccer have a special relationship," says Kelley, who grew up in Marion, NC, and has been an avid fan of the sport since college at the University of Notre Dame. "Look at cities like Portland. It's one of the best beer cities and one of the best soccer cities in this country. We think that Asheville is the best beer city in this country, and we also think we are the next emergent soccer city. This is a perfect storm, and we are surprised it hasn't been done yet."

Surprise is just one of the sweet emotions Kelley and the club organizers have been feeling. The club is also happy that Hi-Wire Brewing, their title sponsor, is one of the nine breweries that fans can walk to before or after checking out a home game at Memorial Stadium, which just got fresh turf courtesy of the city and will eventually receive a full remodel, making it a game space the team can truly grow into together.

Growing together as a team is one of the main things on the club's agenda. The club has joined the National Premier Soccer League (NPSL), which is made up of close to 100 teams and is in the third tier of American soccer (the MLS is in the first tier, and the NASL and USL are in the 2nd). Asheville's first league team will be a mixture of players who make their home in Asheville and out-of-towners, several of whom are in college outside of the state and will arrive at the end of their semesters.

The decision to create a mixed team made up of players whose ages and locations span a significant range was deliberate, and the organizers' end goal is a big one. "There's a lot of intrinsic motivation behind why we decided to do this," Kelley says. "We want to see the U.S. win a Men's World Cup before we die. The U.S. soccer system has a lot of growing to do for that to happen. We have a 'Think global, act local' approach to that. We want to develop local talent, and we want a player from the Asheville community on that World Cup roster. We want to link the very best players from the adult and youth communities and put them in a competitive training and game environment with very best college players we can bring it. That's our approach."

Through its diversity of players, the team has built this aspect of mentorship into its structure in a very organic way. "At this level, some clubs are completely local, and others have no local players," explains Kelley. "We don't think either approach takes that next step into what we're looking for. We want competition in everything we do, and we want to push local talent level to the next level."

Asheville soccer fans are primed to celebrate the team, and they'll be able to do so easily. The season game pass, which costs $99, includes access to all eight games and a club jersey. The demand for the season package has been so high that the club bought every Nike jersey in the U.S., prompting a emergency order of European jerseys that will arrive in April. The package will be pro-rated throughout the season, so if you decide you're a life-long fan after attending the first or second game, there will be a jersey and more games in your future.

The team's biggest challenge so far is probably the fact that they won't come together to practice until the day before their first home game on May 6 (against the Georgia Revolution). But Kelley is excited that the season will be about growth and evolution. Team organizers are also prepared: They called in advisors from Chattanooga's league soccer team, which Kelley calls "outstanding," and have modeled Asheville's club on Chattanooga's success.

Kelley has been thrilled by the show of support. "A lot of teams have to teach their communities to love soccer," he says. "It's competing with other sports for market share. But we think Asheville is already a soccer town."

Kelley hopes that the initial buzz surrounding the team will stick around, even if it means that fans get upset. "We want to be a team where our supporters are plugged into what we're doing," he says, "and where wins and losses matter. The games will be a great place to come and have a beer; each game will be like a soccer festival. But if the team is not good and people are losing, I want people to be mad at me. We think the level of competition in Asheville can go higher, and we're ready to take it there. We have no interest in being a team with a lot of support that is no good. We're doing this to win."

Come and celebrate the Asheville City Soccer Club this Thursday, March 30, from 6-9 p.m. at Hi-Wire Brewing Big Top (2 Hunstman Pl.). The evening's festivities will include a Soccer Pool tournament with a cash prize for the winning team. More details are on the Facebook event page. For the full season schedule, click here.