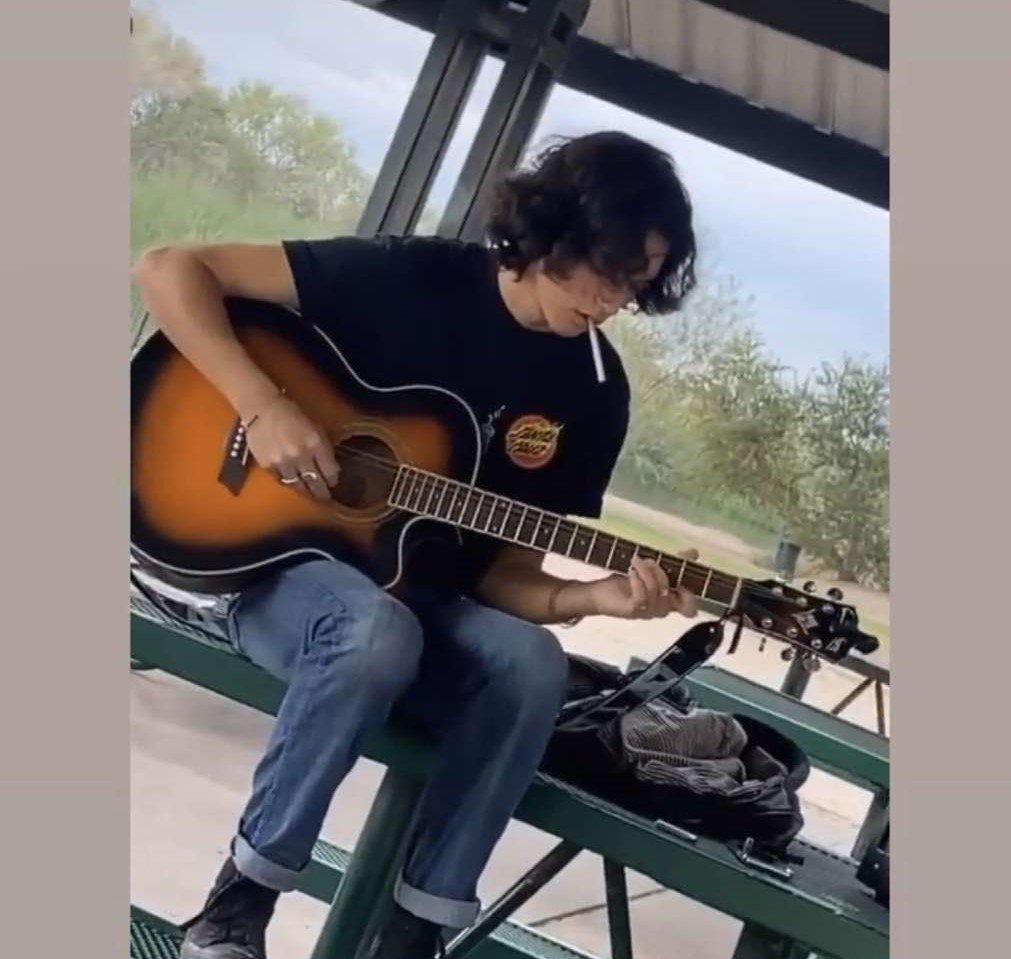 Dillon Halpain is an Asheville-based rising guitarist/ musician that relocated to the area seeking new opportunities in music.

So tell us a little bit about yourself and how you got into music.

“Well, I was born in San Diego, California, in a parking lot to be specific. That's where I was raised.  When I was about eleven my mom gave me and my two sisters a $200 budget each for Christmas and at the time the iPod4 had just come out and it was top of the list for my sisters so we headed on down to the Target to look around and as they were playing around in the electronic section I happened to catch a glimpse of what looked like a hunk of gold to me at the time. I walked up to this $100 absolute treasure of a First Act electric guitar and knew immediately that it was what I wanted. I was never able to put it down after that. My whole life we lived trailer park to trailer park and every old man holding a guitar I ran across I’d stop and listen and pick up everything I could. When I was about seventeen, some life-changing events happened (my mom passed and a chain of other unfortunate events)  and I moved to Yuma, Arizona. That's where I really started to come into my own and realized that music was what I wanted to do with my life. I met a drummer named Damian Flores at a blues jam and we jammed for about five hours. From there we would play at the river every day and pick up gigs until we were both pretty good. He ended up moving to LA to pursue his own music career, which left me alone in Yuma and that's when I started asking myself where I wanted to go with my music, and I decided on Asheville. On my 21st birthday, I had a few beers, packed my car, and took off with $450 dollars to my name and nowhere to stay when I got to Asheville.”

Why did you choose Asheville out of all the places you could have gone?

“Hell if I know. A few months back when I realized I wanted to move I literally Googled 'pretty places to live in the United States' and Asheville came up and I thought 'Oh, that place looks nice,' but never thought I’d actually do it. It's kind of just where I ended up.”

You said you had nowhere to stay once you got here. What happened when you did get here?

“I ended up staying with a buddy of mine that's got a place here. I'm trying to meet some people, play some gigs, hit up a radio station ( I hear 103.3 rocks). I rotate between here and Charleston and so far I’ve had an easier time meeting musicians in Ashville--everyone here is so friendly. So far in Asheville, I’ve just been street performing. I’m trying to get an idea of where to play, local radio stations to contact, all that stuff. It's so interesting here, but competitive. There are way more street performers than I thought there would be, and more venues too. I'm still trying to learn all the names but it seems like even the smaller bars have open-mics so I'm hopeful. The people here are very kind and I’m excited to play for the people of Asheville when I get my footing.”

What genre do you play?

“As far as a genre I would say that it's kind of hard to say. I feel like I have to talk about influences before I talk about genres. Influences include a lot of blues, classic rock, and weird indie. Artists like Stevie Ray Van, John Myer, and my buddies Jourdan Rolland and Damian Flores. Marcus King is another inspiration for me; he's actually from Greenville South Carolina, not too far from here. Based on that, I’ve developed a style somewhere between blues and a guitar-focused pop. I’m not sure I can label it. I guess I feel art and music don't need a genre or a box-- it should just be what it is, I don't feel like there really is a 'pure' form of any genre.”

Is there anything you'd like to say to the folks of Asheville reading this?

"Well, if there are any musicians in the area looking to play some music I would really like to connect with them and get a feel for the scene, anyone with a passion for music that can play any instrument really I'm always happy to jam with so anyone interested in possibly forming a group/band feel free to DM me."

Dillon's music can be found: