Art the Barred Owl and Why You Should Never Litter: Forest Friday

Art the Barred Owl and Why You Should Never Litter: Forest Friday 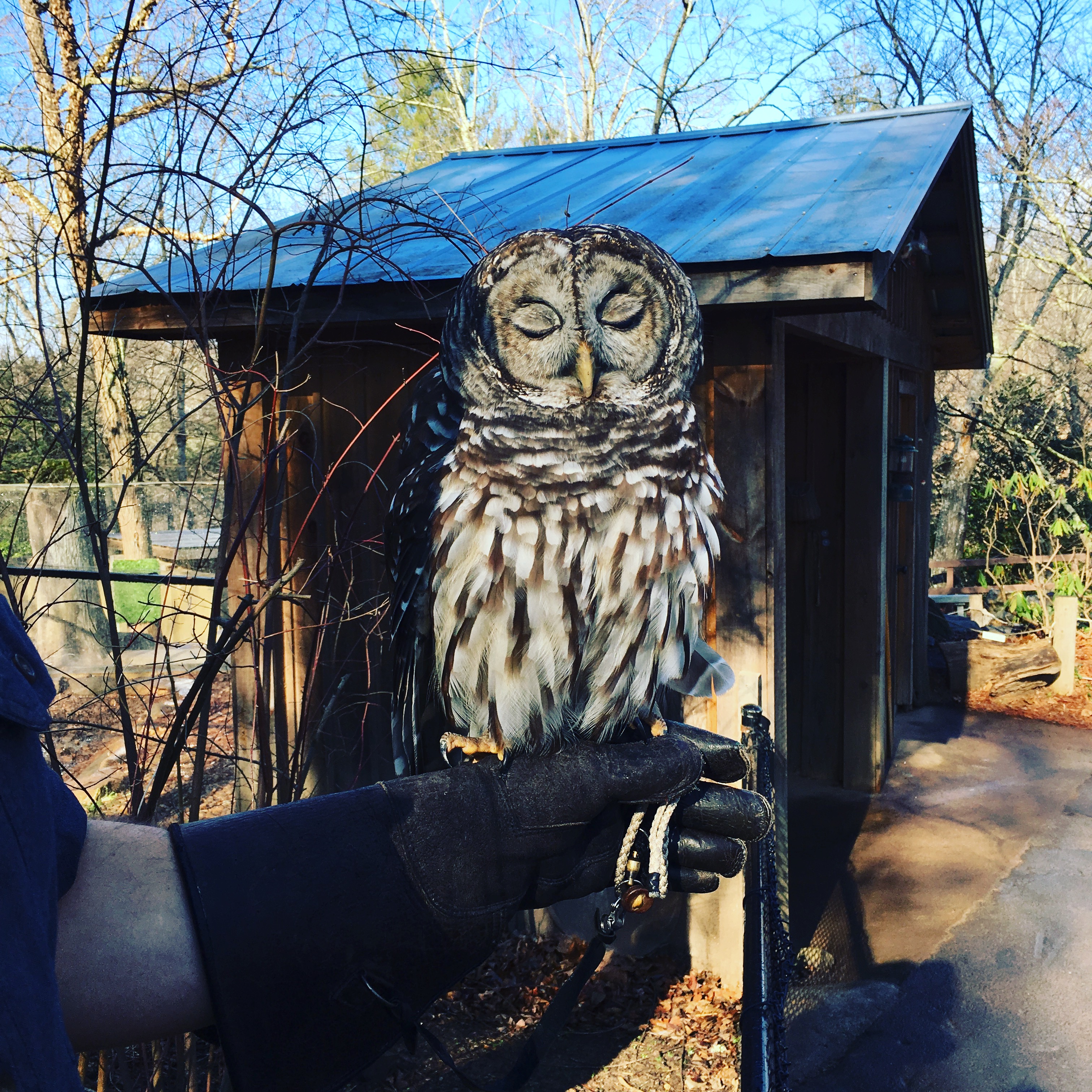 We took a trip to the WNC Nature Center to visit this fine fellow. Pearson King, who you may remember from a previous #ForestFriday, is a volunteer at the WNC Nature Center and offered to facilitate the meeting. I was apprehensive about how the day was going to go because I had tried to get an audience with Art before, but during my last visit, he lost his balance and thus, his mood for visitors. You see, Art the Barred Owl was hit by a car and lost quite a bit of his left wing, which left him unable to fly. As a result, he’s been at the WNC Nature Center for the last 17 years. Unfortunately, Art’s story is a relatively common one. 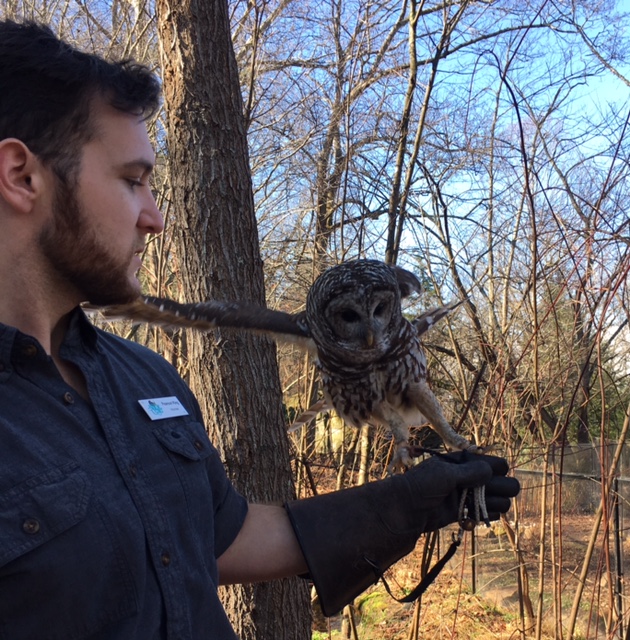 Have you ever driven along the highway eating an apple and thought to yourself, “I’ll just toss this out the window; it’s biodegradable, so it will decompose”? While it may be biodegradable, it is also a tasty, alluring treat for small prey like mice, who then attract larger prey, like Art, who don’t know the rules of the road and are only focused on their natural instinct to hunt their prey. No one sat Art down and told him to look left and right before crossing the road.

Art is quite a handsome guy—I was not ashamed to tell him at all! If Art’s wing wasn’t compromised, he would also fly soundlessly and gracefully through the air. True to his name, Art has what look like bars across his chest and his sweet owl call goes, “Who? Who cooks for you? Who cooks for you-all?” It is just the most charming owl call, don’t you think? He’s got deep, dark brown eyes that really size you up. Barred owls have nictitating membranes, which are translucent third eyelids that provide moisture and protection to their eyes from dust, debris, and retaliation from prey. Because they can see through the membrane, the membrane comes down when they are attacking their prey as a protective barrier. Otters also have nictitating membranes and so do sharks. Barred owls' eyes are also immobile. To make up for this, owls can rotate their heads 270 degrees!

Accidents like Art’s aren’t just common because of roadside litter, but also because of habitat loss. Art’s kind likes to nest in old-growth trees which have been disturbed a great deal in the last decade. However, a lot of old growth trees are left alongside the highway to act as a sound barrier for residents, putting Barred Owls like Art in a very vulnerable position.

To help keep barred owls in homes, humans can easily build Barred Owl nest boxes. While bat houses take around 7 years before bats want to roost in them, owl boxes are inhabited immediately. The WNC Nature Center offers guidelines for how to build your own owl home for friends like Art, but we also found some information here.

Also, it is very important that you never throw any food items out of your car onto the side of the road, not even that old French fry that is months old, covered in dog hair, and virtually petrified. Thank you so much for reading about our #ForestFriday adventure, and remember to tune in next week for more forest fun!