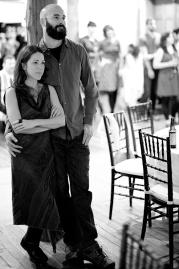 My good friends, architect Brandon Pass and his wife Libby, are two of my favorite people to sit and discuss regional craft and design with over beer and wine. Not only are they both talented - they are just good people who are both passionate about their individual craft. I wanted to take a moment and share Brandon's words on modern architecture here in the mountains. Enjoy!
An Asheville Modern Architecture that merges Modern Sensibilities and Design with the Vernacular Influences of Materiality, Geography & Culture specific to the Western North Carolina Mountains
Throughout my career I’ve maintained a focus to reconcile the ideals and simplicity of Modern Architecture with the vernacular influences of place, materiality and culture to now establish a clear and true Asheville modern architecture. I believe it is not the primary mission of architecture to change the course of culture nor to produce stylistic replicas of times past, but rather to synthesize the social realities and cultural expressions with the physical experiences of site, geography, materials and local skill.
It was emphasized early in my education at Virigina Tech that architecture is an expressive art with the capacity to move us emotionally and spiritually and must enhance the context in which it is sited establishing an identity independent of fashionable styles. Utilitarian structures took the place of iconic traditional or modern buildings as objects for contemplation and influence. The result became an effort to synthesize vernacular tradition with a modern language to create architecture firmly rooted in place and time. In contrast, the techno-rationally biased and economy-obsessed buildings that have become familiar everywhere impair our sense of locality and identity and hastens the urgency for an elevated level of quality and craftsmanship through design. The standard of building today has accelerated estrangement and alienation through homogeneity instead of integrating our worldview and sense of self through expressive regional character and craft.
Strapped with boundless idealism and a sense of purpose I headed to Chicago and then to New York City to hone my skills 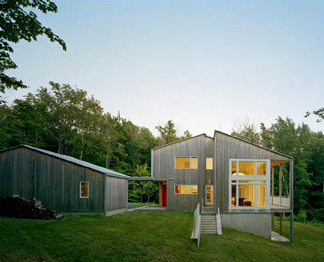 and development as a designer. Over 16 years, as the scope and budget of projects increased exponentially when compared with my modest existence, I began to question the absolute dogma of a universal utopian modernism versus a simplified contextual hand-crafted modern. What were the so-called fruits of my labor? Specifying rare exotic stone from the depths of China, endangered timbers from South America or synthetic forms devoid of the hand seemed best suited for the glossy pages of popular magazines and less to do with our current collective reality rife with environmental depletion, economic uncertainty, exportation of traditional skill and cultural identity. I asked myself, why must progressive architectural innovation of the highest order remain the privilege of so few? Was I practicing what I had preached? I began to realize that the true challenge of a skilled architect is to do more with less, not excess with more.

One-to-one in architectural terms typically means to work at full-scale; one inch equals one inch. The underlying philosophy for my practice, this relation has also come to mean having empathy for and relating to my clients. Returning to Appalachia, the region that has continuously influenced my work and core philosophy over the years, seems to complete the circle and fulfill a desire to define a new architectural language specific to our shared time and place. While remaining independent of stylistic replication, commercial influence and remaining true to the ideals of modern architecture I am proud to call Asheville my home and hope to create thoughts, works of art and architecture that encourage the community to think about style, function, and the true purpose of our shared creative and architectural identity; an Asheville modern architecture that celebrates as opposed to replicates and stands firmly and independent.
For more on Brandon's work visit his website.