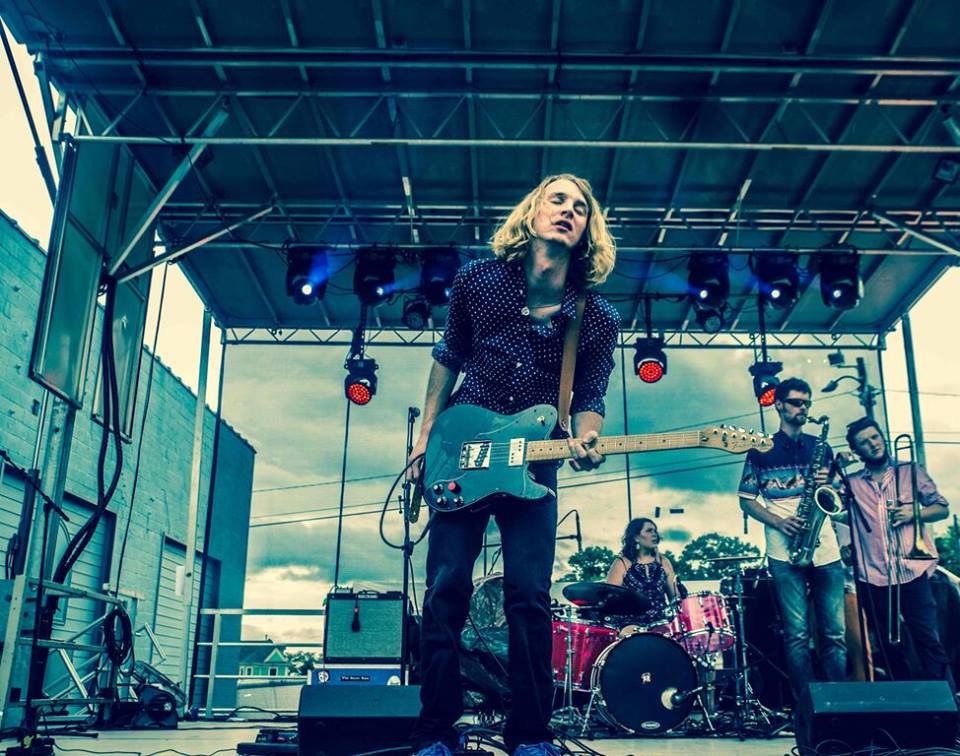 From yoga teachers to bartenders, the spirit of camaraderie in Asheville is unmatched. But nowhere is that spirit more heard than in the music community.

Andrew Scotchie, of Andrew Scotchie and the River Rats, has been carving a path for young musicians since he first laid eyes on a guitar, and in doing so has made a name for himself in the local community. From creating and continuing the success of a completely grassroots music festival, Barnaroo, to writing and recording multiple albums, Scotchie has continued to work with and promote local artists every step of the way. So it should come as no surprise that when he was planning his 23rd birthday, he wanted his friends to join him.

Saturday, January 16, Andrew Scotchie and the River Rats will be headlining ISIS Music Hall to celebrate namesake of the band, Scotchie’s, 23rd birthday with musical guests Porch 40 and Danielle Howle.

“I think the best shows in Asheville are those of good variety; with Porch 40 and Danielle Howle on the lineup, it will be just that,” says Scotchie. “Both these artists are inspirational to me.  Whether it’s the way they conduct their career or the way they simply talk about music, I love them and have the utmost respect for them.”

Finding the right artists to join him for his special night didn’t take long, and neither did a stage. He says, “ISIS Music Hall is one of my all-time favorite venues to play in Asheville. The food, the balcony and the sound is stellar. So when deciding on what venue I wanted to play, I knew that ISIS Music Hall had such a family vibe, being that it is family operated, and, as many people know, family matters to me. I want our fans to come to this show and feel like they are a part of our family. ISIS Music Hall gives us that special something.” And no night is family more important than January 16, a day that will forever remain in Scotchie’s heart as the anniversary of his father’s passing.

“I hope people will show up to honor [my father] Tom Scotchie and help me get through this bittersweet day. I’ve actually never gone public with this, but after my dad passed away in 2008, his parents Connie and Andy Scotchie gradually had less and less to do with my life out of their own greed and selfishness, so a lot of the people I call family that I surround myself with, comes from the friends and fans, I have through music.  I want to celebrate my birthday and of course the amazing friends or family that I have through music. I don’t want it to be a sad day. I want a celebration of life and to remember Tom Scotchie.”

When asked about birthday cake and candles, Scotchie admits, “A massive cupcake fight is being planned along with an array of pyrotechnics.” But then he quickly retorts that he’s just kidding, “I do have a few secrets planned for the fans, but guests will definitely feel the party atmosphere and be treated to surprise guests and jam sessions, but they will have to check out the show to see what’s fully in store.”

Turing 23 isn’t just fun and music. A lot of lessons have been learned up to this point and Scotchie is quick to admit he’s learned a few.

I learned a lot about my career, my songs and the people in my life in the year of 2015, so I feel confident that I am going into 2016 with a little more knowledge and know-how. I often found myself in 2015 trying to control a lot of things that I simply couldn’t control.  Most of those things were personal and some were music based. So, I guess what I’m trying to say is that I know the things in my life and my career that I need to let go or 'leave to the wind' as they say. A lot of my progress is based off of that constant push or energy that I put into my music career, but I have to learn how to let myself take it easy and enjoy the moment a little more.

So here’s to a new year, remembering those we’ve lost and a birthday bash you don’t want to miss.

You can purchase tickets here.