5 Things to Know About "We Won’t Bow Down"

5 Things to Know About "We Won’t Bow Down" 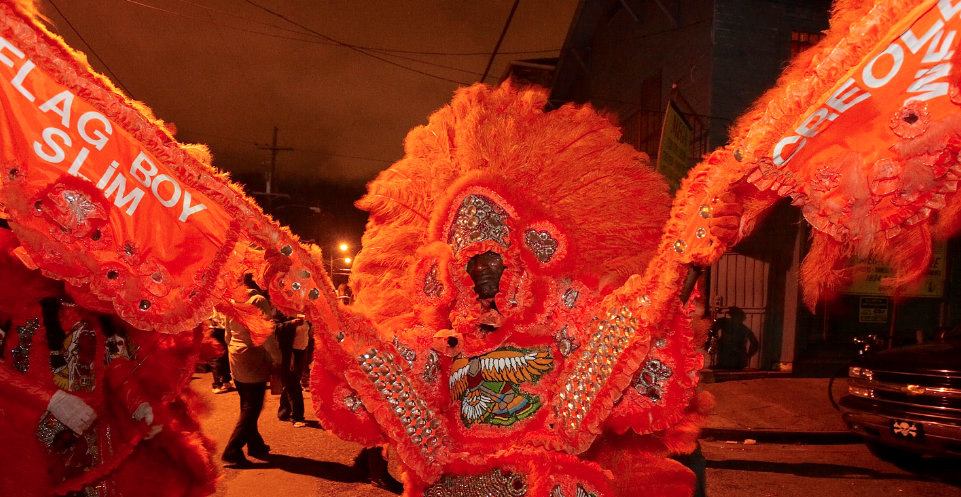 Asheville filmmaker Chris Bower has spent almost a decade documenting New Orleans’ Mardi Gras Indians — tribes that colorfully and fervently commemorate the mix of African-American and Native American resistance, culture and spirituality that has evolved into a stunning mix of ritual and performance.

The film documenting it all, We Won’t Bow Down, makes its Asheville debut this week, with two showings at the Fine Arts Theatre. The first is at 7 p.m. on Thursday June 4th and the second is at 1 p.m. on Friday the 5th.

We Won’t Bow Down is an extraordinary feat of moviemaking and cultural recognition. In a chat with Bower, we learned five facts about the film that should draw you to see it, if you can. Be sure to check out the trailer below.

1. The filmmakers listened at length before rolling tape

How did a small crew of white Asheville filmmakers get inside Mardi Gras Indian culture? By spending a couple years having conversations and learning the territory before they pressed record.

2. A photographer’s vision launched the project

Bower was drawn to the subject after seeing photos by Steve Mann, a producer and photographer for the project who today co-owns two Asheville bars with Bower, the Double Crown and the Lazy Diamond.

By now, it’s an ingrained tradition, with its history and contemporary flourishes finally told in We Won’t Bow Down.

Many of the rituals depicted in the film were born of a need for layers of secrecy. See the movie and you’ll know why.

5. The film’s proceeds benefit communities, including ours

The Asheville premiere shows, like previous ones, will raise money for community groups. In this case, all proceeds will go to the Burton Street Community Peace Gardens.