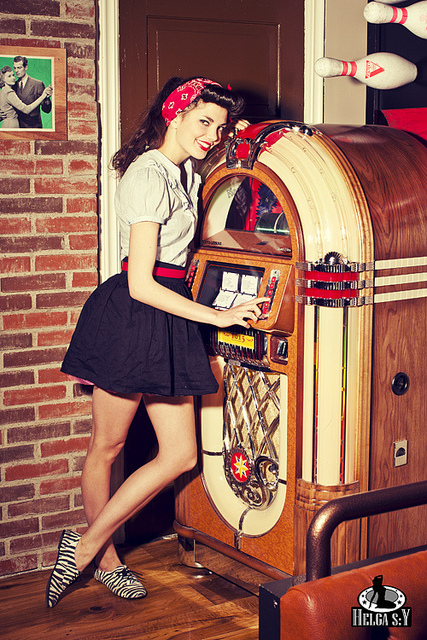 Don’t you just love walking into a bar and finding the soundtrack is within your control? I sure as hell do. Especially in a city where music obsessives abound, the not-so-common, well-presented jukebox is an instant bonding agent between customers and their environment. But just as different bars attract different people, a jukebox’s music selection either reinforces the desired clientele or drives it away.
Here I outline five jukeboxes to know on the Asheville scene, for better and for worse.
5. Smokey’s
I don’t even remember what’s on it. This janky piece of work eats your money, and no one gives a shit. Especially if you’re straight.
4. Broadway’s
Broadway’s is a bar in the midst of an identity crisis, and the Touchtunes machine doesn’t help. It’s fine when you and your friends are the only ones using it and have a lot of singles to waste, but when the pool tables fill up and every kind of drunken animal rears its head to play their Drake hits and string of Slayer songs, it’s time to move on.
3. WALK
The WALK is a sweet little spot, but you’d better be in the mood for some old timey country and blues, cuz that’s all you’re gonna get from this son of a gun. I’ll go for a rootsy lunch but won't stay and drink. Unless it’s whiskey. In which case I’ll probably just head over to Double Crown.
2. Tiger Mountain
I know, they don’t even have a jukebox. That’s not fair. But with their recent location change and deepening role as downtown’s weirdest bar, I figure it’s only a matter of time. And I imagine it’ll be one that plays real records because a) this is where all the vinyl whores hang out and b) if anyone’s going to represent those obscure mariachi Christmas albums from Goodwill, it’s gonna be these guys.
1. Desoto Lounge
With its nondescript location on Haywood, Desoto is one of my favorite bars in general. The kind of straightforward, gritty, yet friendly place I can go for a beer and some chain-smoking. Stocked with a smart mix of metal, punk, and other left-of-the-dial gems from the ‘70s and ‘80s, this jukebox is my new drinking buddy. It could use a few updates and some spooky, chilled-out options though, like Massive Attack or Bat For Lashes. But it’s still just a buck for three plays, FTW!