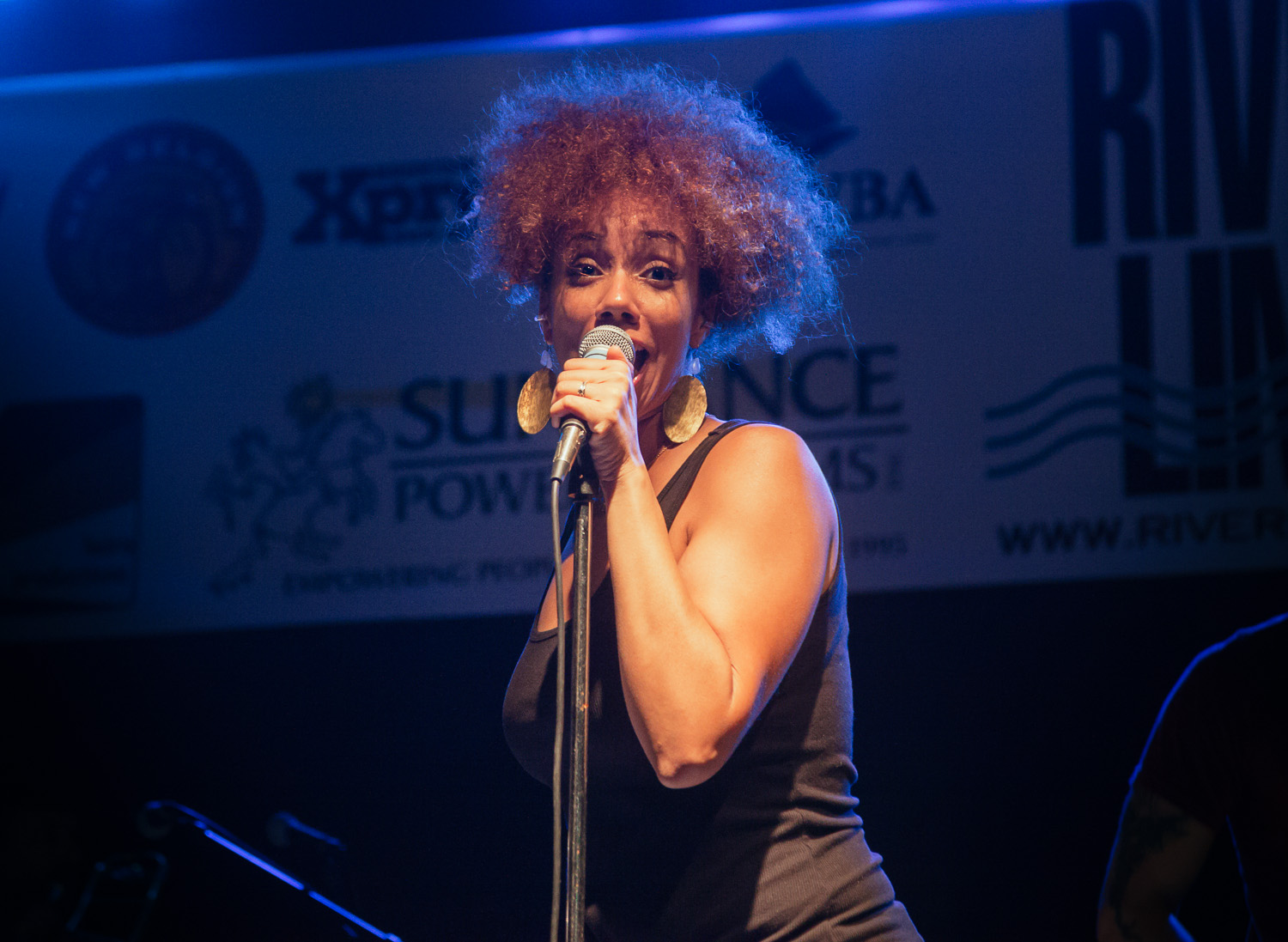 Orgone and The Horse You Rode In On opened this year's RiverLink RiverMUSIC Festival, to a record turnout and weather that threatened to turn sour but never did. As was the case last year, the stage was entirely powered by solar-charged batteries, provided by Sundance Power Systems.
The Horse You Rode In On, a funk/fusion quartet from Asheville, opened as the crowd filtered in. A gentleman found humor in bringing a horse to accompany the band; he and his friend were quickly escorted out.
Kids cavorted down at the river, families queued at the food trucks, and the adults queued and queued some more for beer. Apparently Beer Week festivities made for slim pickings, but Catawba was there, and their tent had two lines queued halfway to the stage. Many, it seems, spent their evening perpetually cycling through the beer line.
Orgone, with their powerhouse funk/disco/soul was next, fronted by their new singer Adryon de León. They played a hard-driving, highly danceable set, and they stayed on for three encores and closed the show at 10. Overall a great evening down by the river, capped off by a stellar performance. Up next in two weeks are local band River Whyless, and the Treetop Flyers from the UK.
Oh, and before I go, I just wanted to send a quick thank you to Ayana and AshevilleGrit.com for the opportunity to blog here!