The 15 Things You Will Do When Traveling to Hawai'i

The 15 Things You Will Do When Traveling to Hawai'i 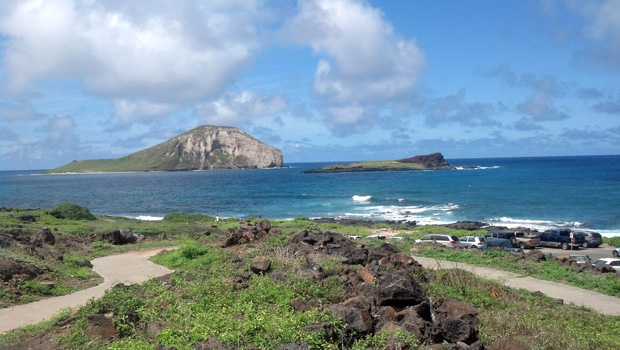 I did not grow up in a family that traveled. We went to Myrtle Beach or Carowinds once a year. We are a stationary clan. I’ve only been as far west as Dallas, and that was for a collegiate newspaper convention. I’ve flown more for work than I have for myself. So when my wife, The Countess, mentioned visiting her sister in Honolulu, she may as well have asked if I wanted to go to Narnia.
Now, her ilk moseys about the globe often. They were an Air Force family, and they lived on both sides of the continent after a stint in Europe. She can turn any suitcase into a wardrobe sausage in ten minutes. It’s outright devilry. You watch it happen while constantly muttering that such things are not God’s will.
Neither is taking a four-year-old on a nine-hour flight, and the dread from that prospect sat heavy upon my brow for weeks. Turns out he was fine. We packed snacks, toys, and a portable DVD player. He had no problem. If anything, he was too delighted by being on an airplane to misbehave. Unlike the hellspawn one row in front of us standing on the tray table while his dad ignored him for hours.
Before we left, I Googled the state for a few hours, and we watched Lilo & Stitch. I felt confident I had a solid foundation for my journey after years of Elvis movies and those travel episodes of Brady Bunch and The Jeffersons. But I lived through some experiences that must be shared by the rest of humanity.
1) You will burn. You will buy the Neutrogena SPF 100 and the Coppertone Sport sprays and those weird roll-on sunscreen bars that look like deodorant. It will be for naught. The sun in Hawai’i is not like ours in North Carolina. It is a Death Star blast. SPF Cardigan cannot save you. You will burn. So do it the first day you’re in town and get it out of the way. Use the aloe and lidocaine gel to help you sleep at night as you broadcast visible radiation like Fukushima.
2) You will lose your glasses. The beaches demand a sacrifice from all newcomers. Appease the old gods. Promptly and cheerfully bury your two-week-old glasses in the sand. Then rush to the local LensCrafters for an eye exam followed by a rushed choice of frames or spend the next week stumbling around the islands like Agent Starling in Buffalo Bill’s basement.
3) You will discover food. 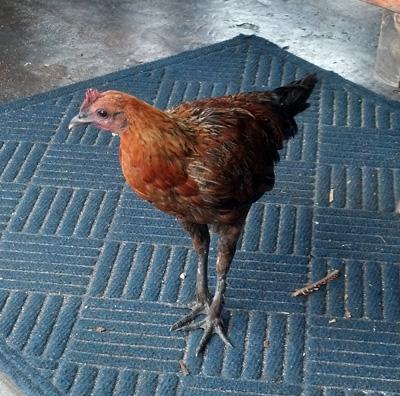 As you were also born and raised in Spartanburg, you were never exposed to passion, fruit, or passion fruit. The first time you taste a passion fruit Popsicle at downtown Honolulu’s monthly food truck rodeo, you will burst into song like Madeline Kahn in Young Frankenstein. And the pineapple. Good Lord.
4) You will go to the North Shore. Oahu’s North Shore is the Hawai’i we mainlanders imagine. It’s astounding, especially in contrast to crammed, frenetic Honolulu. Home to Kualoa Ranch, where scenes of Jurassic Park and Lost were filmed, this region is downright primordial, and the beaches are immaculate. Go to those early. Claim your patch of sand around 7:30 am before the crowds descend. The water will be warm enough for you to swim, I promise. Have lunch at North Shore Tacos and get the Coke-marinated pulled pork tacos. Talk to the chickens that sashay into the open-air restaurant in hopes for dropped tortilla chips. Give them goofy names. I picked Robert Poulet.
5) You will rent a Jeep. There is nothing better than roaring through the Big Island’s Volcanoes National Park among active steam vents and decades-old lava flows. Except going back at night to see the volcano smoke turned crimson by lava. Except looking up to see a mind-blowing ocean of stars. Except renting a local house with a hot tub. But all of it starts with a Jeep from the Hilo airport after a cheap shuttle flight from Honolulu.
6) You will yak a little on the helicopter tour. The pilot knows what he is doing, and he likes to prove it. His seat pocket has four barf bags for a reason. Each copter has a cockpit camera for the DVD of your flight so throw up as prettily as you can. 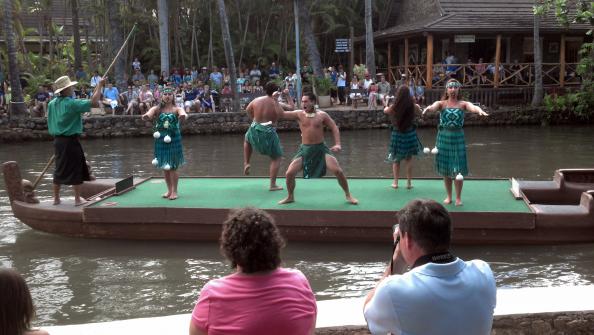 7) You will visit the Polynesian Cultural Center. Run by the Hawai’i branch of Brigham Young University, the park is broken into “villages” representing the nations of Oceania. Each section provides hands-on lessons in various skills, including musical instruments and weaponry. There is a daily flotilla through the center of the campus, and you can pay to join a mass luau. Don’t. It’s a middling buffet. Instead, dine off-campus and come back for the fire dancers. You will depart with a mixture of fascination and wrenching insecurity after hours among the most gorgeous people in the Eastern hemisphere while you look, by comparison, like a rotten scarecrow.
8) You will take along your son’s car seat. A car seat on an airplane is a nightmare. I can’t sugarcoat it. It’s a bear to haul through the airport, it’s not easy to strap into his airplane seat, and the airlines refuse to let you board early to get the damn thing installed. But you’ll have it when you rent that Jeep. Check your kid’s chair to see if it’s rated for flight. Not all are.
9) You will regret wearing your Chuck Taylors when you hike up Manoa Falls.
10) Because you will pratfall like a drunk every three steps. It’s steep and muddy and jacked up with slippery roots the size of Godzilla’s arteries.  Welcome to the jungle, baby. You’re gonna die. The trail is advertised as suitable for novice hikers. This is what we charitably call bullshit.
11) You will eat octopus balls. 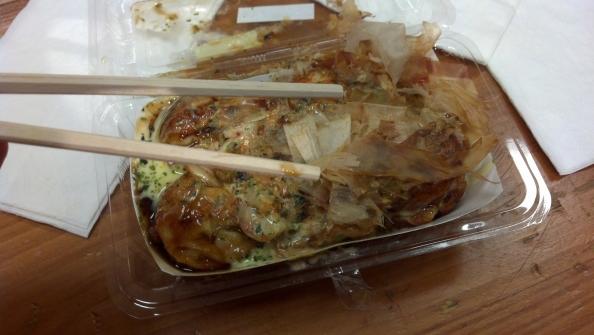 Calm down. I’m talking about dumplings filled with octopus. Go to the Ala Moan Shopping Center in Honolulu. Make a bee line for Shirokiya, a Japanese department store with its own food court. Find the takoyaki stand. Order the five-piece entrée with kimchee and dried fish flakes. Trust me.
12) You will eagerly flip to the Hawaiian reggae (Jawaiian) radio station.
13) You will regret this within ten minutes. The playlist feels about twenty songs deep.
14) You will not really ever get your internal clock reset. We woke up every day at 5:30 am and crashed by 9 pm. The sun seems to plummet more than set, and it’s pitch dark at 8 pm.
15) You will need a few days to recover when you return. We landed Monday afternoon in Asheville. It’s Wednesday morning as I write this, and I could nap for a month. And I hate naps with a hatey hate what hates hatily. Maybe this is why my kind don’t travel.