“Like a Secret You Already Know:” Flock of Dimes’ grace-filled, healing sound

“Like a Secret You Already Know:” Flock of Dimes’ grace-filled, healing sound 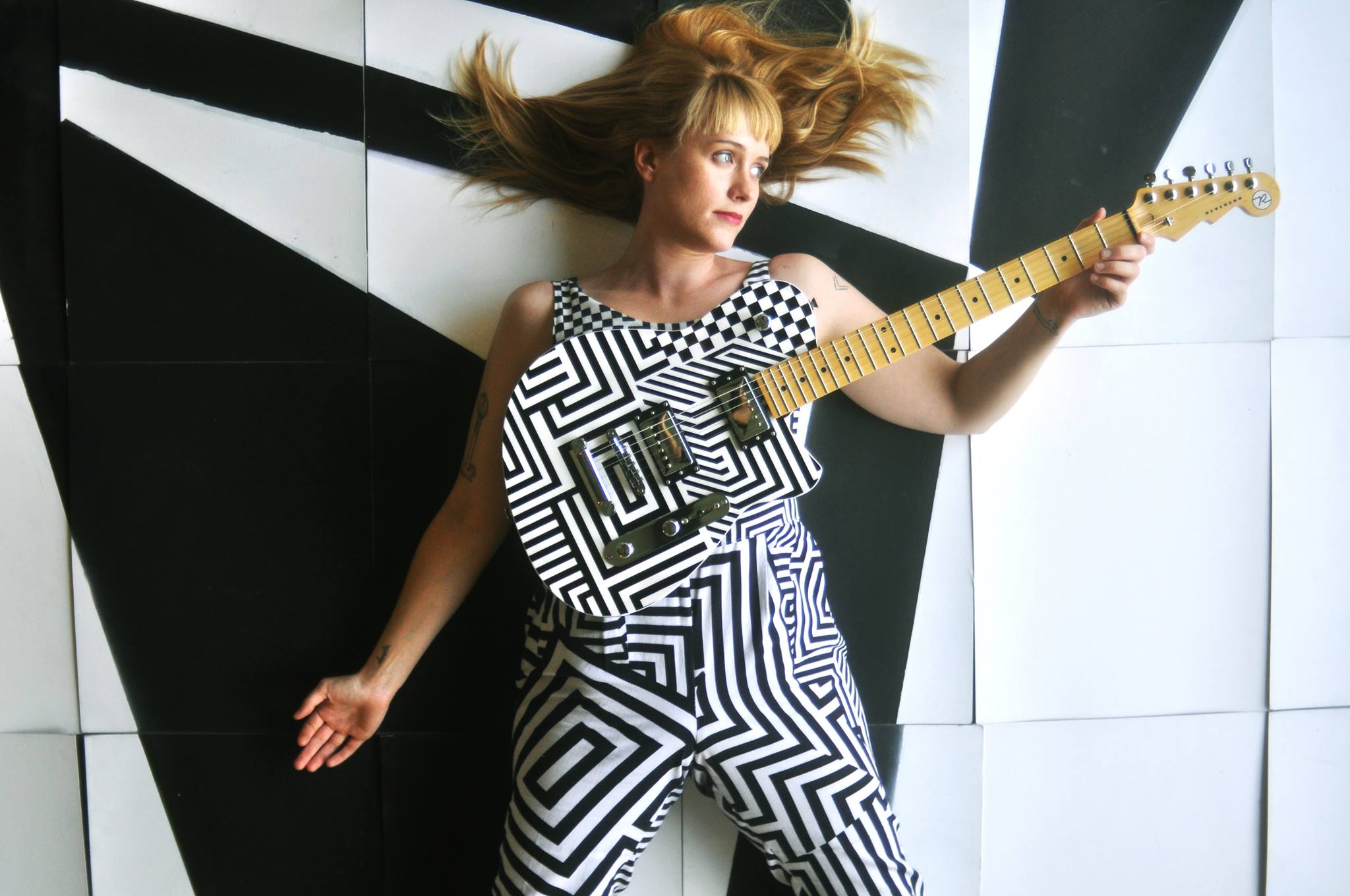 It has been a prolific couple years for Jenn Wasner. The brains – and brawn – behind her solo project Flock of Dimes, Wasner is also half of the Baltimore-based indie-pop band Wye Oak, whose 2014 release Shriek cast off the wall-of-guitar sound of their previous records for synth-heavy 80s influence pop. Since then, Wasner relocated to Durham, released a 7-inch with Amelia Meath of Sylvan Esso (eerie rendentions of Tears for Fears’ “Don’t Dream It’s Over” and Gillian Welch’s “Everything is Free”), complied a set of outtakes for a fifth Wye Oak album Tween (so titled because most songs span the period between their breakthrough Civilian and Shriek), and released Flock of Dimes’ debut record If You See Me, Say Yes in September. The supporting tour brings Wasner back to Asheville as a solo performer for the first time since Flock of Dimes opened for Sharon Van Etten at the Grey Eagle in April of 2012.

“I only have this one body,” Wasner sings on If You See Me, Say Yes’s first song “Birthplace.” But, boy, what that 30-year old body has been able to do. The virtuosic guitarist and multi-instrumentalist labored over this record, practically starting over when she went to LA to mix it. Frustrating as that was at the time, she is “grateful for that because I am happy with it now. I can’t imagine having to release the shell of what this record could have been. At that point I was pretty devastated. I felt awful about having failed. I took it back to North Carolina and holed up in my house and I worked like crazy and I worked and I worked and I worked.”

Her efforts have paid off. While her indie sound has always been precise, the songs on If You See Me, Say Yes shimmer with an openness not always apparent in earlier Wye Oak recordings. Because her lilting soprano is as much an instrument as her guitar and bass lines and her synth hooks, her lyrics can be oblique, left to ambiguity as opposed to specificity. Yet even when the words are indecipherable, the songs themselves soar. The pedal steel solo of “The Joke,” the finger-plucked arpeggios on “Given/Electric Life,” the synth and programming of “Ida Glow” are evocative of wide skies, cloud formations, the way sun filters through fog or the moon lights an open field. If Wye Oak in name is grounded to the earth, to the loam (with, yes, branches reaching toward the heavens), then Flock of Dimes inhabits the air, sparkles with moments of calculated grace.

On “Everything is Happening Today,” a song firmly rooted in new pop sensibilities, the lyric “as the seasons lie in wait like a secret you already know” can be seen as Wasner’s mission statement: spacey modulations on the keyboard solo on Wye Oak’s “Watching the Waiting,” atmospheric guitar licks (reminiscent of The Unforgettable Fire-era U2) on Flock of Dimes “The Joke” - those moments of precision are simultaneously surprising and comfortable; they exist surely, and somewhere deep inside you knew it already, even before you heard them.

To create atmosphere like this takes self-confidence that comes from a decade of hard labor and becoming comfortable with creating what you need to create, not what others want you to. “It’s much more important to me that I like my music than anyone else does,” Wasner says. “If no one gave a shit, or didn’t notice or care or listen, it wouldn’t affect my view of the record at all. I feel that confident about it. If I trust myself and make something that I know is good, that I really love, other people will feel the same way about it.”

Wasner has also come to understand herself artistically as (in her words) a healer. Contrasted with a destroyer, who shatters past conventions and pushes the envelope dangerously forward, Wasner the healer embraces the past and uses it to find new expression, pushing the envelope in a more graceful way. Her songs, rooted in 80s pop sensibilities, therefore feel both fresh and lived in, both comfortable and new. Evidence of that understanding of herself has become increasingly apparent on her most recent records, where she has found peace with the beauty she creates.

“I have lived a charmed life,” Wasner sings on “The Joke,” and whether that’s true of her entire life, it’s certainly true now. In crafting and perfecting the songs on If You See Me, Say Yes, she has found her sweet spot. As the album title suggests, it’s up to the listener to find her in that sweet spot and to embrace the healing aspect of her dreaminess – and to say yes to the realization of those dreams.