An Interview with Horse Lords: Coming to the Mothlight w/ Nest Egg (8/30)

An Interview with Horse Lords: Coming to the Mothlight w/ Nest Egg (8/30) 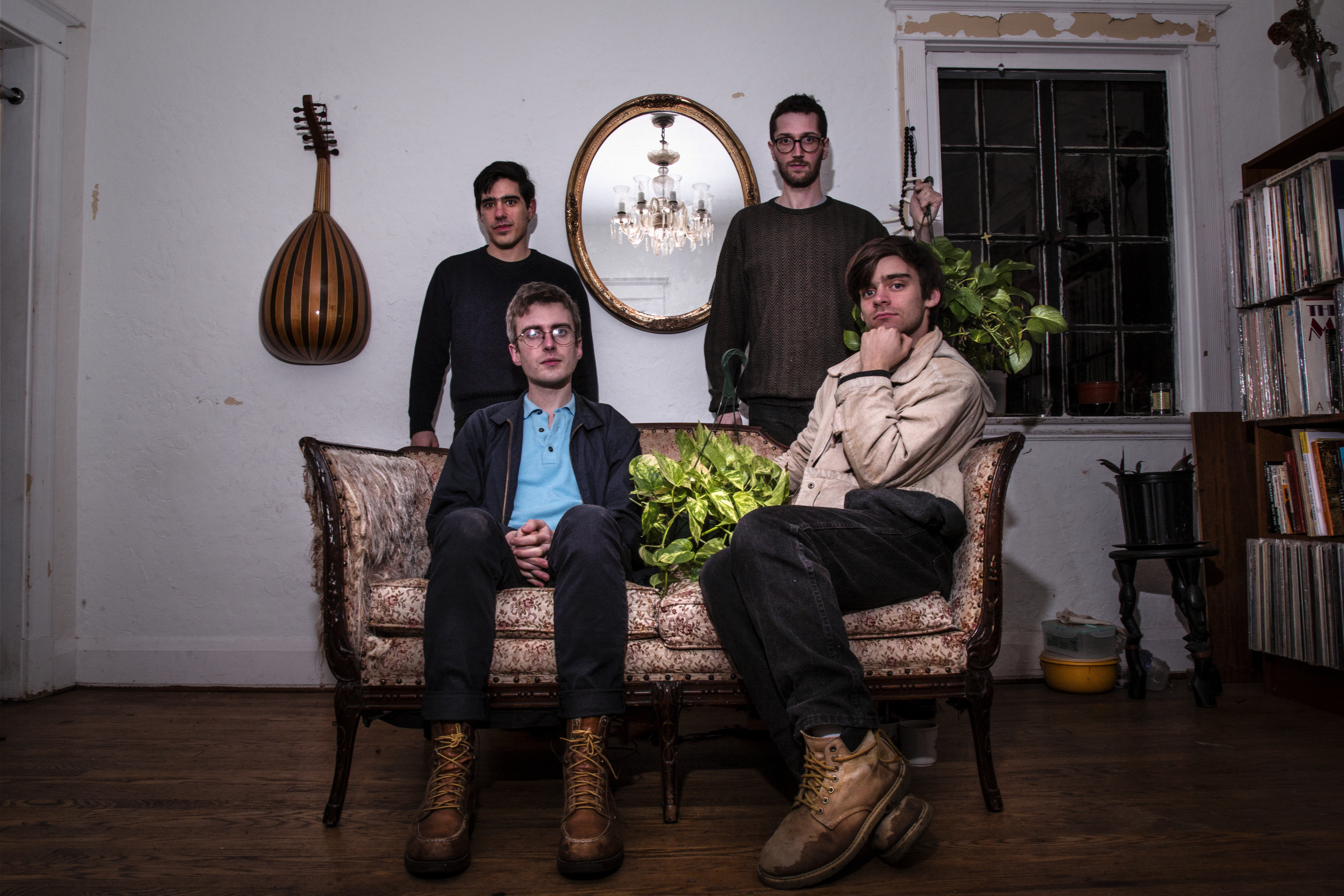 Baltimore-based Horse Lords, coming to the Mothlight on August 30th, are a hard band to categorize. Their new album, Interventions (Northern Spy) has a little bit of American rock, a bit of African rhythm, a helping of jazz, and a touch of experimental electronic. Guitarist Owen Gardner has characterized the group's sound as "vernacular minimalism." As with genres like folk music, Horse Lords employs techniques like repeated riffs and chords (as you might here at a square dance) and then intensifies those moments in hypnotic songs that are easy to lose yourself in. Their show at the Mothlight will include local openers Nest Egg.

Interventions is an album that rewards its listeners again and again. It showcases the immense talent of this band, and includes some incredible performers from its members (Max Eilbacher on bass, Gardner on guitar and banjo, Andrew Bernstein on saxophone, Sam Haberman on drums). It also gets playfully experimental. Some songs are--or are interrupted by--pieces of ambient noise. But nothing is overly cerebral. At the heart of the album is the driving, pulsing flow of looping rhythms that inspire dance.

I spoke with Gardner about the album and the upcoming show.

Asheville Grit (AG): A lot of your songs sound very organic, like they emerged out of improvisation. Is that an element of your songwriting? What's the composition/collaboration process like for you?

Owen Gardner (OG): Usually we start out with a germ of an idea or maybe a concrete pattern or something like that, and then we work things out generally through improvisation that gets gradually gets polished and is refined into something that's repeatable and coherent. And sometimes pieces--depending on the piece--get more or less through-composed, but other times we'll have a few different modules we're working on at different times and we'll figure out ways to put them together that feel organic and make the subsequen sections feel inevitable. We try to keep the process as equal as possible. Everybody needs to be involved to finish something.

AG: Tell me about the process of making your newest album, Interventions. What were some specific challenges and rewards of creating this album?

OG: This was our first attempt, and probably our last, at doing multi-track rather than live recording. That was probably the biggest challenge we faced and I don't think we'll do it again. It's probably the rule rather than the exception for most groups in the studio that each part is recorded separately, but it was very difficult. There are a lot of decisions being made in real time that aren't fixed and that's pretty hard to pull off in a studio environment. I feel the album is not as tight, the full-band performances are not as tight as they would have been live. But it turned out well and allowed for a lot more studio experimentation and control over the textures of the instruments, and in that way it was useful.

We sort of learned what worked for us. I guess we have, like, proper albums as well as these mixtapes, which are usually recorded pretty haphazardly. We do the mixing of those ourselves. This is the first time we made an effort to record in a somewhat professional way and still mix ourselves, but we tried to go for a higher fidelity product than the mixtapes. That was something else that was challenging and very rewarding.

AG: What was your overall vision for the album?

OG: The goal was a reconciliation of the approaches of the mixtapes and the albums--that we'd have more sonic control and more experimental ingredients and less of a live sound. We wanted more of a studio album with weird stuff happening.

AG: Were their any specific influences, from other artists to particular experiences, that informed this album?

OG: Graham Lambkin and Jason Lescalleet's The Breadwinner--that approach to field recording got me thinking. A lot of it was using up material we had, our unrecorded material. The next album will be totally fresh. We've started working on some new material.

AG: It's interesting to see how other people describe your sound: "new American rock and roll," an "instrumental dance band with a lining of post-punk energy," "funk," etc. How would you describe what you're creating?

OG: I guess I think of us being a few different ways. In terms of the full band and our live sound, I think about it as being "vernacular minimalism," more like folk and popular music (non-commercial popular music, not necessarily commercial) that tries to use the resources of those types of music and then submits them to certain processes. For example, in a square dance, the band just basically plays the same tune, a 15 second tune over and over again for like 10 minutes, and that's an example of vernacular minimalism. I'm trying to do that even more. Not that I'm trying to make it respectable exactly by making it into art music or something, but to sort of intensify that repetitive aspect of it and bring that to the forefront and make it into content. And other aspects, like the electronic stuff, can interrupt and problematize that original idea. It's best that we're not fixed in one sound. But we also still have some sort of signature.

AG: Can you speak about your live performances?

OG: We've been working in more of these interludes with just one person at a time, like you hear on the album. We've been working those into our lives sets, which is nice because it breaks the set up and it's practical too. It can give us more time, and three of four of us get a chance to relax for a minute. It's physically demanding music; playing as a full band for an hour and a half would be really strenuous. There will be some of that. I can't guarantee electronics but we have been incorporating that into live sets, Max [Eilbacher] is the bassist and an electronic musician and he's been bringing his rig.