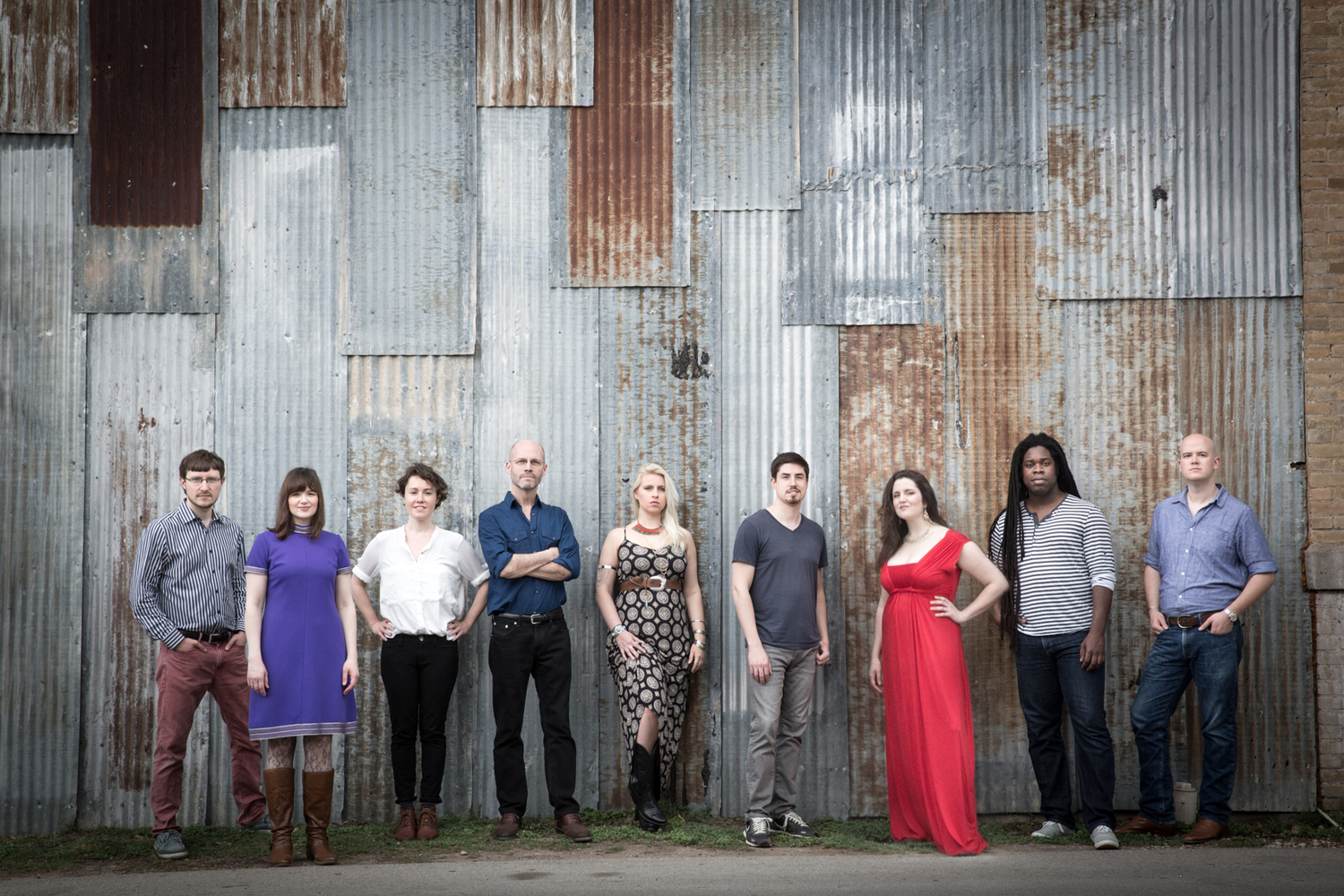 Free Range Asheville put on its inaugural performances last February and has been going steady since then. They're back with a spring and summer lineup that highlights the experimental, the inspired, the irreverent, and the strangely beautiful. This Thursday, they're bringing a group of a cappella singers that will force you to abandon all expectations about the genre: the Massachusetts-based Roomful of Teeth. The performance is at the Masonic Temple and begins at 7 pm.

Grammy- and Pulitzer-awarded Roomful of Teeth formed in 2009 and immediately sought to push boundaries through their exploration of vocal traditions across time and space. The group incorporates elements from yodeling, Inuit throat singing, Hindustani music, Persian classical singing, and more. They've studied with some of the world's top authorities and teachers, and they've worked with composers that include Sam Amidon, Rinde Eckert, and the tUnE-yArDs' Merrill Garbus. Songs range from the harmonic to the dissonant, the familiar to the seemingly alien as Roomful of Teeth explores the edges of vocal expression.

The group currently has eight members, plus founder Brad Wells, who has conducted at Yale, Trinity College, and Berkeley, among other places, and has performed all over the world. The group as a whole is a highly trained, impressive bunch whose commitment to more experimental and less familiar methods of performance will make this a not-to-miss performance for fans of music in all of its forms. The full list of members with their bios is here.

Roomful of Teeth recently released a full-length album, render. The first track, "Vesper Sparrow," is a perfect summation of what this group is up to. Voices careen through registers, tempos, and moods, from the hauntingly gorgeous to the deep and jarring. The song has a few identifiable words in English, but the sounds are mostly outside of any recognizable language; rather, its power exists beyond words, in the high trills and low notes of the group members as they move through phases of sound that sometimes crash like waves against rock and other times lull you into dreamy reveries.

Free Range Asheville is committed to providing "a platform for research and discourse where artists can engage and collaborate in a broad range of performance and laboratory settings." It's headed by Free Rangers Estelle Woodward Arnal and Jeff Arnal. Together, they have made it their goal to "connect culture and counterculture" in Asheville by bridging local, national, and international talent and audiences.

Tickets are on sale now for Roomful of Teeth, and cost $18 in advance, $20 at the door, and $15 for students. We are so excited about this performance and about all of the great events coming up from Free Range Asheville. 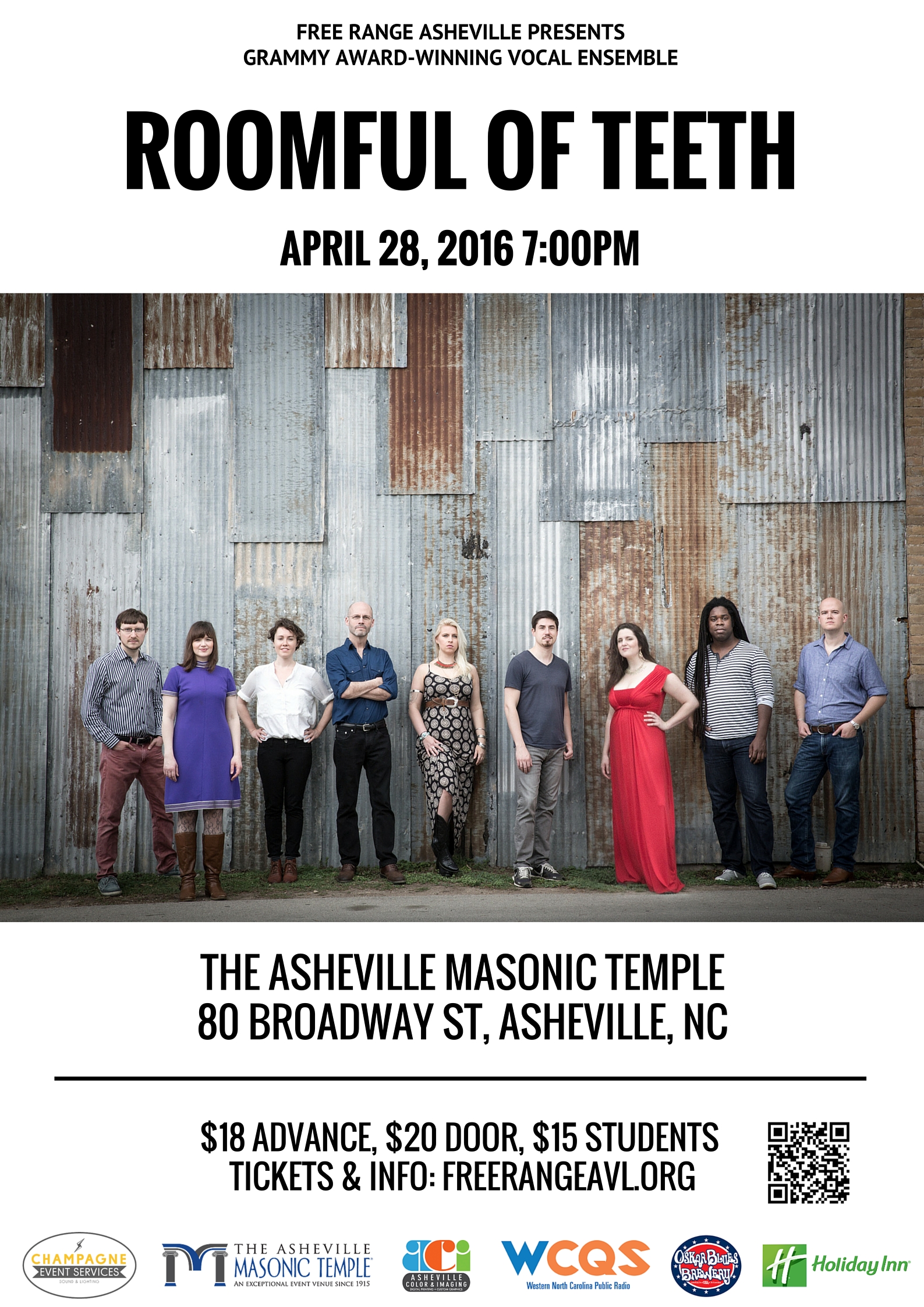