The Apache Relay Returns to The Grey Eagle

The Apache Relay Returns to The Grey Eagle 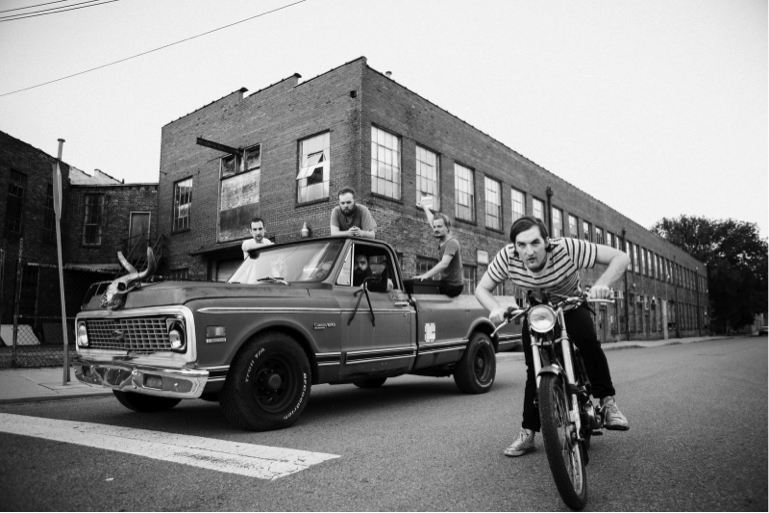 The Apache Relay, a folksy pop band from Nashville and Western North Carolina, is certainly getting in a lot of what Mike Harris, guitarist and vocals, calls “fun runs” in as it re-establishes a strong fanbase in the Asheville area. And all, Harris says, with an out-of-state I.D.

These weekend trips, he says, normally last a few days at most. Then the band returns home for a regular week in Nashville to prepare for the next outing. Trips so far have mainly included nearby towns such as Morrisville, Hickory, and Winston, but Asheville is soon to be a stop for the group once again when it performs at The Grey Eagle March 28.

“We’ve certainly played The Grey Eagle more than any other place in Asheville,” Harris said. “We’ve had a good time growing up there.”

When the band first came together and began booking shows, some of them involved smaller gigs at coffee shops like the one in 2010 that led to its discovery by Edward O’Day, a member of Apache Relay’s management team from Project Daybreak in Nashville, who says most of the band members were still in college at the time they began working with the organization.

Truth be told, he says, he and a partner would never have been in the six to eight person audience that day had an intern not kept pushing them to go check out the band.

“It was one of those moments when you see an artist perform,” O’Day says, “and you find yourself thinking, ‘yeah, I could get behind that.’”

After that performance, O’Day has worked to help Apache Relay grow and expand its sound and influence beyond the borders of Nashville.

“The great thing about working with younger artists is you get to watch them experiment and evolve as they go through their different tastes,” he says.

The band has grown to allow for the many favorite genres of its members, including acoustic, bluegrass and rock, among others. O’Day attributes this to the large spans of time spent by the members in a van while on tour. After a while, he says, adaptation is inevitable. These days, he compares Apache Relay to the stylings of My Morning Jacket.

“There’s just so much potential in the very core of the band,” O’Day says.

A major influence for Harris has been 1960s pop, he says, which is reflected in the newest releases Apache Relay will perform on their fun runs and tours. The band’s self-titled album came out April 2014 and it’s been reworking those songs at every show since. Previously, Apache Relay had the pleasure of performing at various festivals across the country and touring with such artists as Brandi Carlisle, G. Love, Dr. Dog, and Mumford & Sons.

For the album, Apache Relay was given the opportunity to collaborate with Jonathan Rice, a singer-songwriter based in California, which the band agrees was an excellent learning opportunity in the art of songwriting and lyric crafting.

Fans can expect some bigger Americana tunes at the show, Harris says, with plenty of lush variety and high energy.

O’Day and Harris have no doubt Asheville will be ready and willing to welcome The Apache Relay back to The Grey Eagle with open arms, in part because of the warm reception the band has gotten in the past.

“There are a lot of great bands,” O’Day says, “but what attracted us and what will bring in and hold listeners is that these guys have carved a path. They’re a career band, it’s what they do. Trends come and go, but guys like these are here to stay no matter what.”