All Go West Returns with a 2-Day Festival

All Go West Returns with a 2-Day Festival 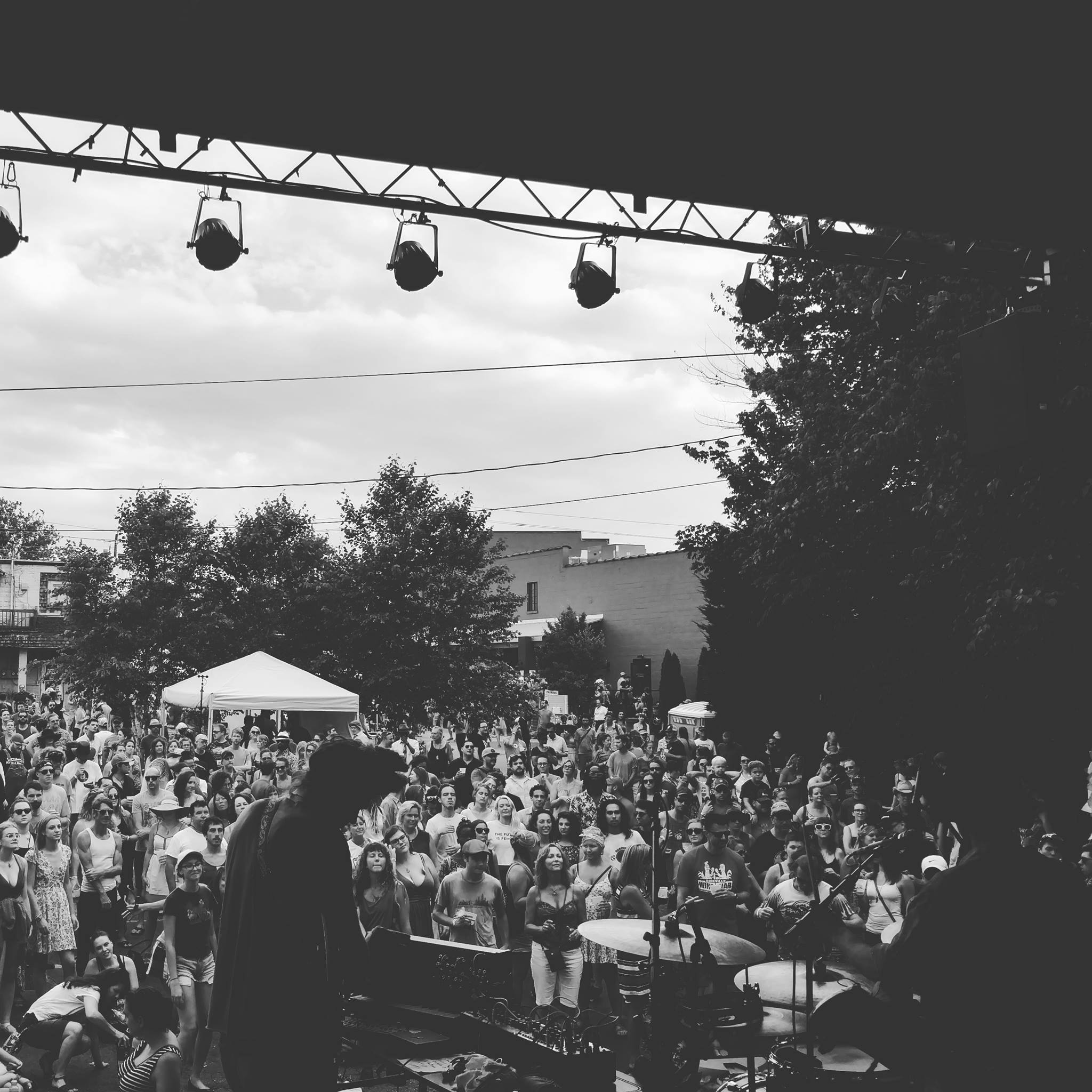 Our favorite music festival is back. All Go West, the fest that features local talent (plus a few bigs names) happens at various venues and in the parking lots of Haywood Rd. in West Asheville on Saturday, June 17 and Sunday, June 18. It's the first year that the festival has been longer than one day, and that means there's more time to fit in the sights and sounds of this unique event.

All Go West definitely attracts out-of-towners, but for founder and organizer Arieh Samson, it's always been about local love, which is why it happens in West Asheville instead of downtown. Keeping with this theme, artists are primarily from in and around Asheville.

The festival also doesn't conform to a particular genre of music. Rather, All Go West is marked by diversity in its lineup, as well as by the more experimental artists on the schedule. Highlights this year include psychedelia-tinged Axxa/Abraxas, dark surf rockers Ouroboros Boys, always-phenomenal rockers Midnight Snack, African folk and world music makers Les Amis, and the groovy, beachy electronic sounds of RBTS WIN. Out-of-towners include Lawrence, Durham-based hip-hop collective Young Bull, Atlanta's shoegazey All the Saints, and Greensboro's instrumental The Bronzed Chorus.

The festival, as always, is a free event, and food and beverages will be available for purchase from food trucks and West Asheville restaurants, bars, and venues.

We'll see you at All Go West! Because you know better than to miss it, right? 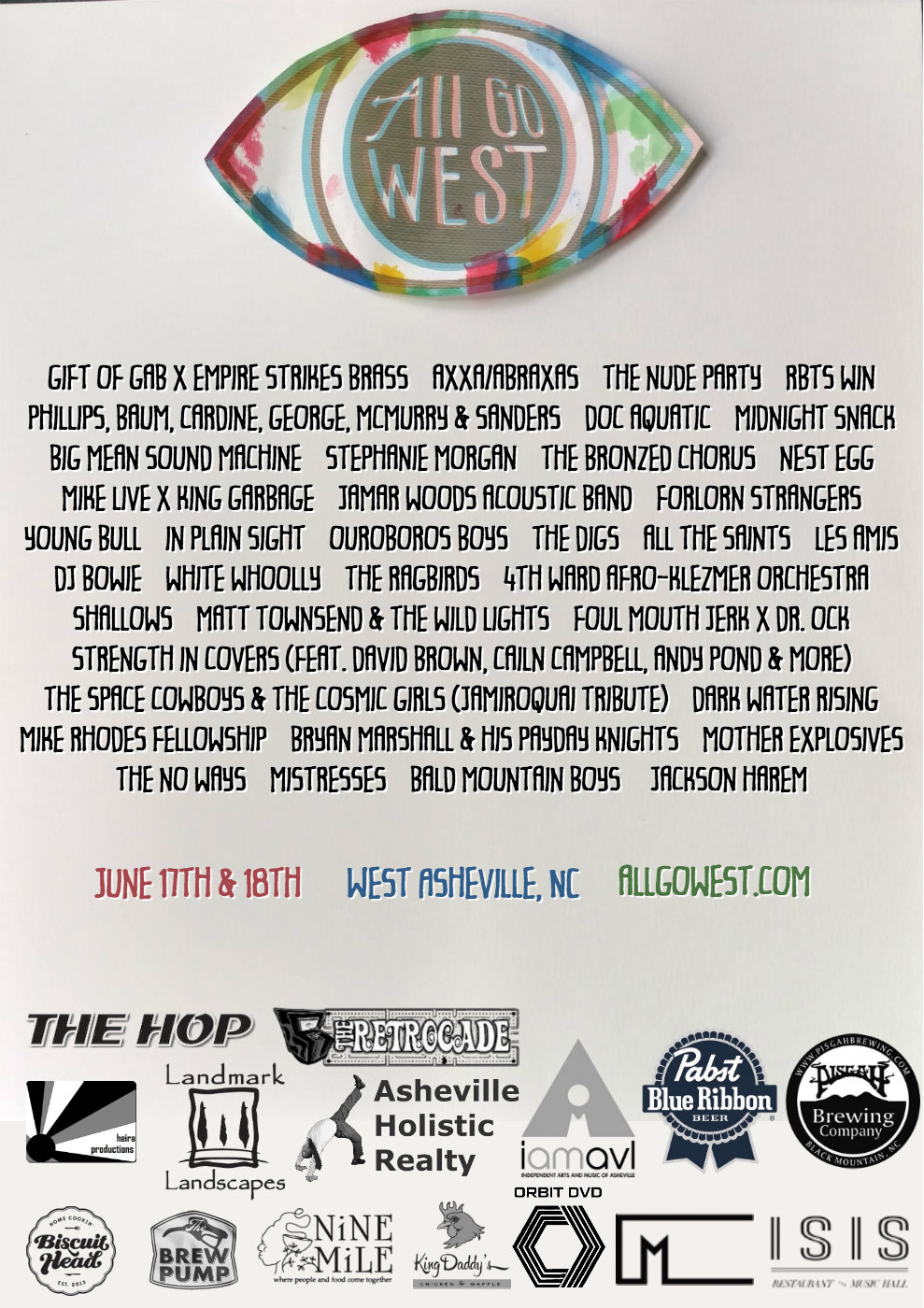